Falconers LLP lawyers Julian Falconer and Molly Churchill argued yesterday that three Thunder Bay Police Service officers involved in a shockingly deficient investigation into the 2015 death of Stacy DeBungee, a member of Rainy River First Nations, should face disciplinary proceedings. The lawyers appeared before adjudicator Lee Ferrier, acting in place of the Thunder Bay Police Services Board, and took the position that failing to serve the officers with notices of disciplinary hearing would amount to giving the officers a “pass”.

Falconers LLP, representing Brad DeBungee and Rainy River First Nations, emphasized the public importance of ensuring full adjudication of the officers’ conduct. In 2018, the Office of the Independent Police Review Director found there were reasonable grounds to believe that the three officers had engaged in serious misconduct: neglect of duty by three officers, and discreditable conduct – specifically, discriminatory conduct relating to Stacy DeBungee’s Indigenous status – by two of the three officers.

At yesterday’s hearing, the Office of the Independent Police Review Director also asked Mr. Ferrier to permit disciplinary proceedings to be started against the three officers. The Chief of Police, who previously supported the commencement of disciplinary proceedings, ended up taking no position on the matter. The Respondent Officers took the position that they should not face disciplinary proceedings. Their lawyer argued in part that there is no public interest served by ensuring individual accountability in this case, because the public interest was sufficiently served by a systemic review of the Thunder Bay Police Service. That review resulted in a finding of systemic anti-Indigenous racism within the Thunder Bay Police Service. Its focus was on systemic issues, not individual misconduct.

In decisions dated December 7, 2020 and February 4, 2021, Mr. Ferrier decided that the February 10th hearing would be open to the public and he confirmed the public’s right to record and rebroadcast the proceeding, subject to a publication ban on the identity of any officers. 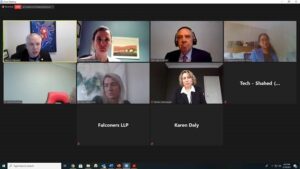