November 3, 2016: Director of the OIRPD, Gerry McNeilly, set out the terms of reference for the upcoming review of the Thunder Bay Police Service. Focusing on the practices and policies as they effect Indigenous people, Gerry McNeilly stated that his review will address “alarming questions” that have been raised about the TBPS. Among other issues, the review will examine existing policies, practices and attitudes of the Thunder Bay Police Service as they relate specifically to Indigenous missing persons and death investigations, and more generally, to issues around racism-free policing. Lawyers, Julian Falconer and Meaghan Daniel serve as counsel to the Rainy River First Nations community. Click here to read more. 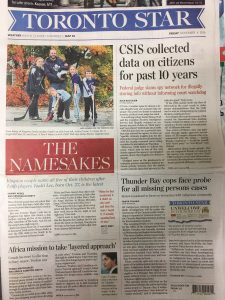 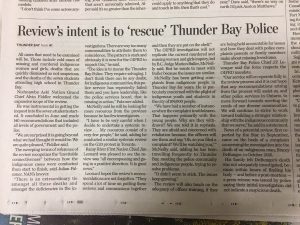 The continued article in the Toronto Star