Five days of hearings will take place this week as the federal Inquiry into Missing and Murdered Indigenous Women and Girls continues in Quebec City. This hearing is focused on Criminal and Justice Oversight and Accountability and will be centred around testimony from various experts and institutional representatives. 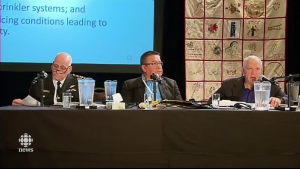 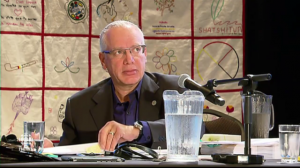 Monday, September 17th, 2018 on behalf of Treaty Alliance Northern Ontario-Nishnawbe Aski Nation/Grand Council Treaty 3, Falconers LLP lawyers, Julian Falconer and Krystyn Ordyniec are in attendance and will be leading the evidence of Chief of Nishnawbe-Aski Police Services, Terry Armstrong, as well as Chair of the Nishnawbe-Aski Police Services Board, Mike Metatawabin. 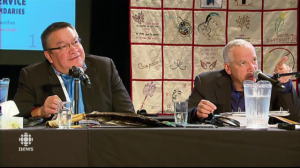 Chair Mike Metatawabin, served as an ex-officio member of the NAPS Board while he was the Deputy while he was the Deputy Grand Chief of Nishnawbe Aski Nation. Chief of NAPS, Terry Armstrong served as the Deputy Chief of the Treaty 3 Police Service, the Acting Chief of Police for the Lac Seul Police Service, and the Detachment Commander of the Ontario Provincial Police, Sioux Lookout Detachment. Chief Armstrong and Chair Metatawabin will focus on the challenges that the police services have faced and the unprecedented reform in Indigenous policing. Another subject of discussion that will be focused on is the implications of the new legislation and the Tripartite Agreement for NAPS and other Indigenous police forces from both policy and operational perspectives.

To watch the live-stream of the National Inquiry click here.