In a live segment entitled, No appeal for Gerald Stanley’s acquittal, an update on Thunder Bay and the extension for the National Inquiry into MMIWG, Falconer discusses both the Crown’s decision not to appeal Gerald Stanley’s acquittal, and the latest news on calls for the Thunder Bay Police Chief’s resignation in wake of the scathing OIPRD report involving the death Stacy DeBungee.

When asked about his reaction to the Crown’s decision not to appeal the Gerald Stanley acquittal, Falconer stated, “Well my first reaction is that these are difficult technical calls to make… having said that, I worry when I see there was little or no communication between the Boushie family and the Crowns office, as part of their determination process for whether the matter should be appealed. That troubles me on several levels.  First of all, it is essential that members of Indigenous communities, including the Bosuhie family, be satisfied that they are seen as part of the public when we talk about public interest.”

With respect to the DeBungee death, Falconer listed the evidence that the Thunder Bay Police Service has been failing to investigate the deaths of Indigenous people. He commented further, “what is striking is that not 15 days before this death [DeBungee] the inquest into the death of 7 youth was commencing in the same city under national attention, and of course that inquest was centered around the question of whether the Thunder Bay Police do a bad job, in fact a racist job, on how they investigate losses down at the river of Indigenous people… the message is obviously loud and clear that it doesn’t matter what level of scrutiny is applied to the service and to its leadership, they are going to engage in what they call business as usual, which is the life of an Indigenous person in the city of Thunder Bay… if you used the conduct of the police as a measure, the value of life is zero.” 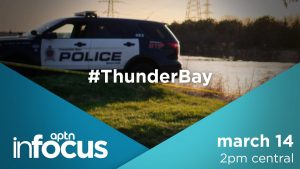 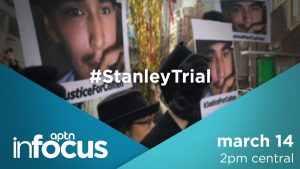 No appeal for Gerald Stanley’s acquittal, an update on Thunder Bay and the extension for the National Inquiry into MMIWG   APTN National News, March 14, 2018