On the first day of the federal Inquiry into Missing and Murdered Indigenous Women and Girls hearing, the testimonies focused on First Nation Policing and the Agreements and Legislation in Ontario. Yesterday, Chief Terry Armstrong testified that NAPS has struggled for the past two decades from chronic underfunding. He described policing in First Nations communities in Northern Ontario as “driving a car with no brakes.” 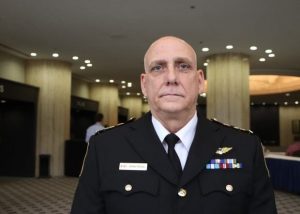 Chair Metatawabin testified to commissioners that underfunding has prevented police from doing any meaningful preventative work in communities. As an example, Chair Metatawabin addressed the catastrophic opioid crisis that’s spreading through the region. 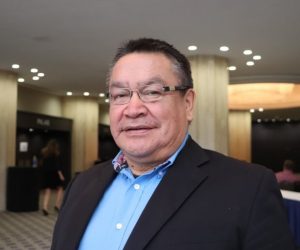 Chairman of the NAPS Board, Mike Metatawabin

Metatawabin made an emotional plea to the commissioners at the hearing to increase services targeting opioid additions because they are having devastating effects on the communities and on families. He testified that “it’s important to figure out why so many young people are turning to opioids.” In Northern Ontario, the whole family is affected by opioid addictions because grandparents must leave their work to take care of grandchildren because the children’s parents have become addicted to opioids. Metatawabin stated, “we’re losing our young mothers. We need to do something.” He also added that the recommendations from inquiries like the MMIWG are non-binding and do not necessarily bring the change that is required.

The MMIWG testimony continues this week on the topic of Criminal Justice Oversight and Accountability with Falconers LLP counsel Krystyn Ordyniec in attendance.