In an April 3, 2017, Toronto Star article, Julian Falconer of Falconers LLP, advocates that the public has the right to know the names of police officers who have killed a civilian while on duty.

Falconer stated, “they are public officials doing public work. In any other area, this stuff just would have been released a long time ago. I can tell you this is all about us being afraid of our own shadow.”

Falconer’s comments were featured in an article that is part of the Toronto Star’s ongoing series for policing accountability, ‘Star Campaign for Transparency’. 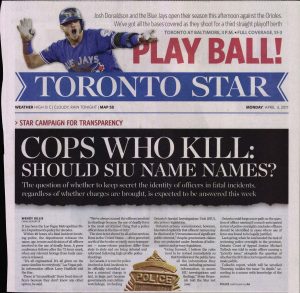 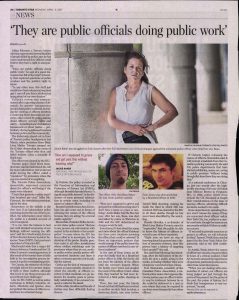 Continuation of article on page 6 of the Toronto Star April 3, 2017

Should all police officers involved in fatal shootings be identified?   Toronto Star, April 3, 2017