Almost 4 years to the day since the death of Stacy DeBungee, the First Nation and the family were in the Superior Court of Justice in Thunder Bay on September 25th, 2018 to support a CBC application to challenge a recent order made by retired judge Lee Ferrier. The order directs that an upcoming hearing to determine whether the police officers involved in the investigation of DeBungee’s death are to face disciplinary action that will be closed to the public.

Order for Secret Hearing Pouring ‘Gas on the Fire’

Falconers LLP lawyer, Julian Falconer stated, “the gravity of a decision by Mr. Ferrier shutting down the process, were it to happen in secret, would do untold damage to an already very difficult and divisive situation, I can only describe it as gas on the fire.” 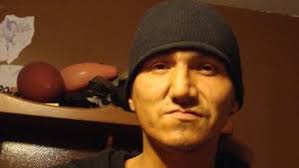 Rainy River First Nations Chief Robin McGinnis is in disbelief over the order that the hearing would proceed in secret and believes that every step of the process should be out in the open. Chief McGinnis stated that “this kind of goes against the whole thing we’ve been trying to do and make it public about the things that are happening here with the Thunder Bay Police Service, right? We’ve spent a substantial amount of money to make it public of what happened and how easily it was thrown under the rug and, you know, how easily it was deemed to be a non-suspicious death.”

Superior Court Justice Pierce has reserved in respect of the CBC application to stay the proceedings.

Family, community of Stacy DeBungee caught in legal wrangling as they search for accountability in his death

Memorandum of Fact and Law of FNPC. Dated September 24 2018