Today, at Roy Thomson Hall Samantha Ramage and Shardae Fortier are among the 300 new lawyers being welcomed to the profession. 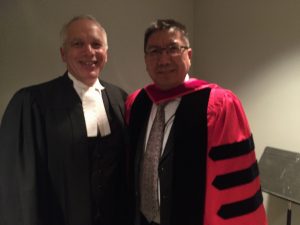