With the support of its partner RAVEN (see raventrust.com/campaigns/neskantaga/), Neskantaga First Nation has filed an application in the Superior Court of Ontario with respect to the consultations framework of the provincial Environmental Assessment Act (EAA). The EAA, which fails to make any provision for Indigenous peoples and their consultation processes, has created an unworkable landscape for environmental assessments, posing a direct threat to Aboriginal, Treaty, and inherent rights.

Media – for press coverage about this Court Application, see:

Alex Ballingall (December 5, 2021), “This federal minister says it’s time to give land back to Indigenous peoples. What could that look like?”, The Toronto Star. 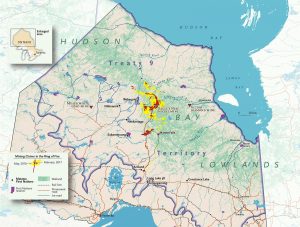